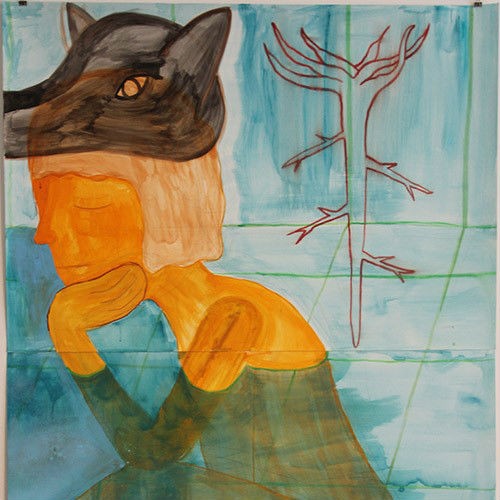 The Japanese-Swiss artist Alex Schauwecker spent two weeks as artist-in-residence at the Standpoint Gallery, in London’s East End. During his residency he exhibited his drawings on the walls of the gallery. The question at the very core of his exhibition was Where does the city end and the forest begin? Living in Zurich, but gravitating towards the rural countryside in which he grew up, Alex Schauwecker examines the relationship between urban spaces and nature. The opening of the exhibition was preceded by two workshops organised in collaboration with New North Press, the printing press located on the upper floor of the Standpoint Gallery. During the workshops, local young people were invited to draw their own interpretations of the relationship between city and countryside. Short haiku poems relating to this topic were then created, printed and exhibited at the gallery.