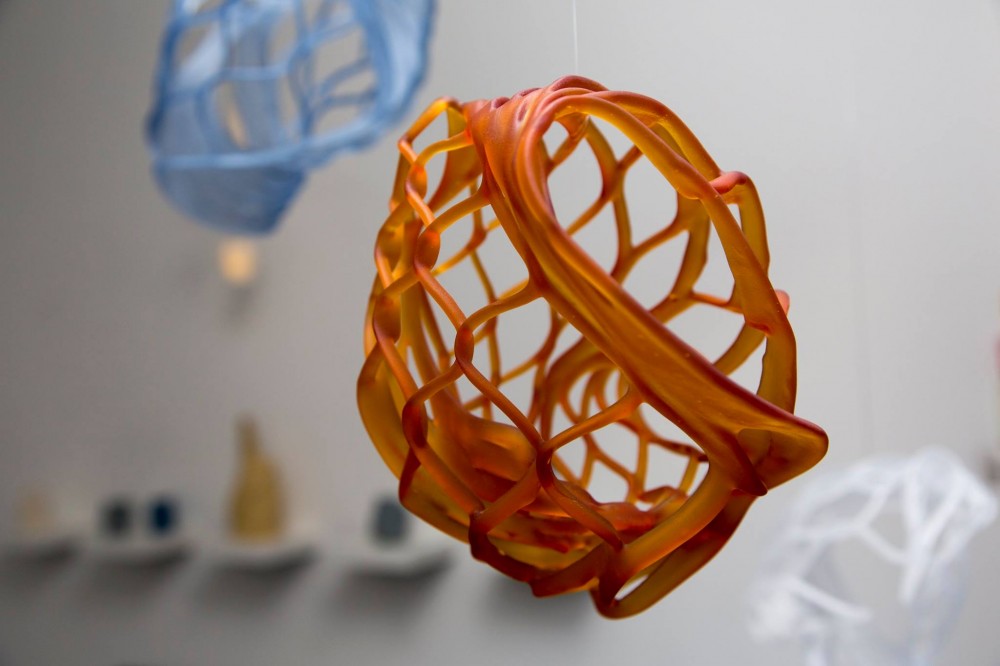 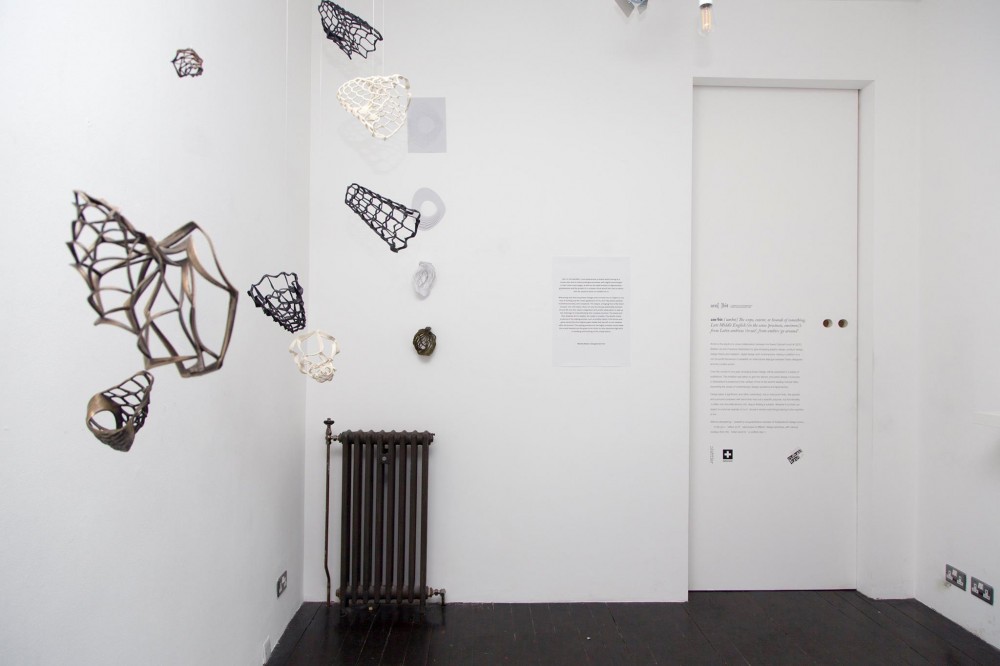 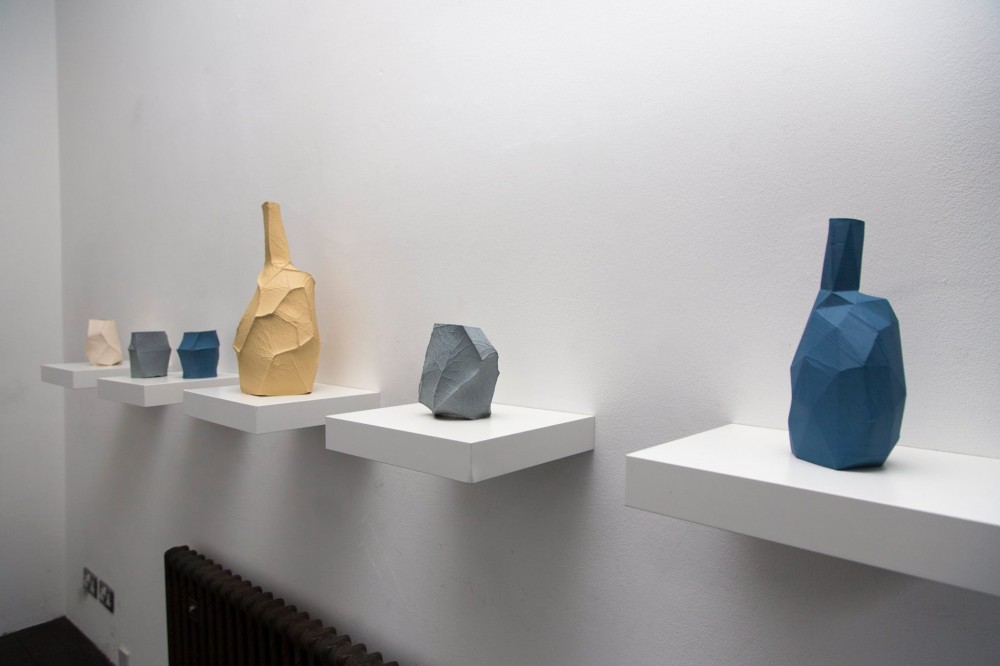 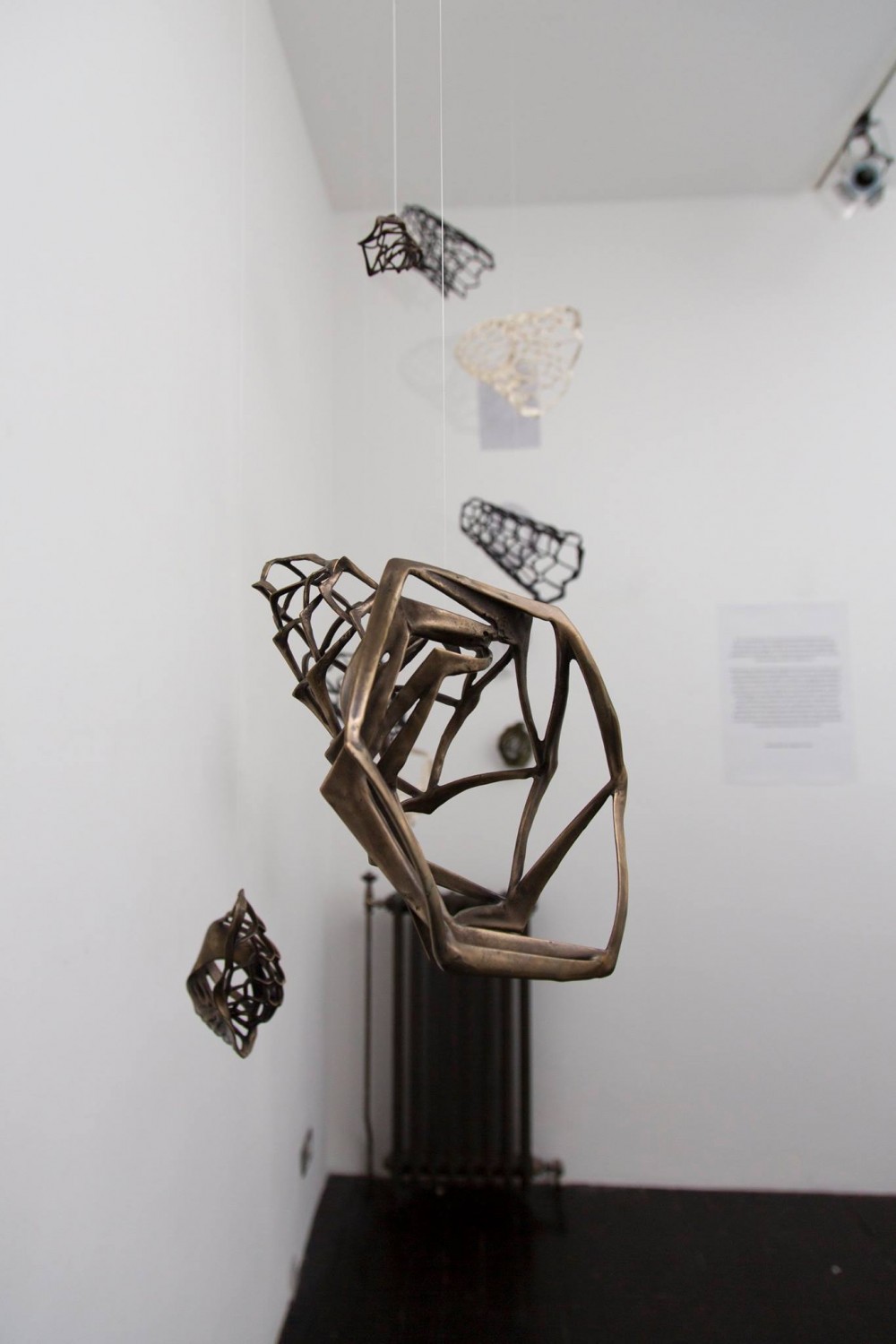 The final Ambit exhibition of 2017 and sixteenth in the series presented a personal expression of design. Placed between design and visual art, the objects designed by young, London-based Swiss designer and artist Monika Müller hung in the umlaut space as if floating, projecting their delicate shadows onto the walls. The artworks presented belonged to two different series. The objects and jewellery pieces hanging from the ceiling were made by playing with the different textures of materials: ceramics, metal and glass items reminiscent of an organic texture or, according to the interpretation, an architectural structure. The ceramics bottles and jugs belonging to the second series were made according to the same principle of presenting a two-fold identity: the ceramics bottles were characterised by a cardboard-like surface texture. Monika Müller’s objects were, thus, ‘results within’, their very nature made of several elements and not just one.