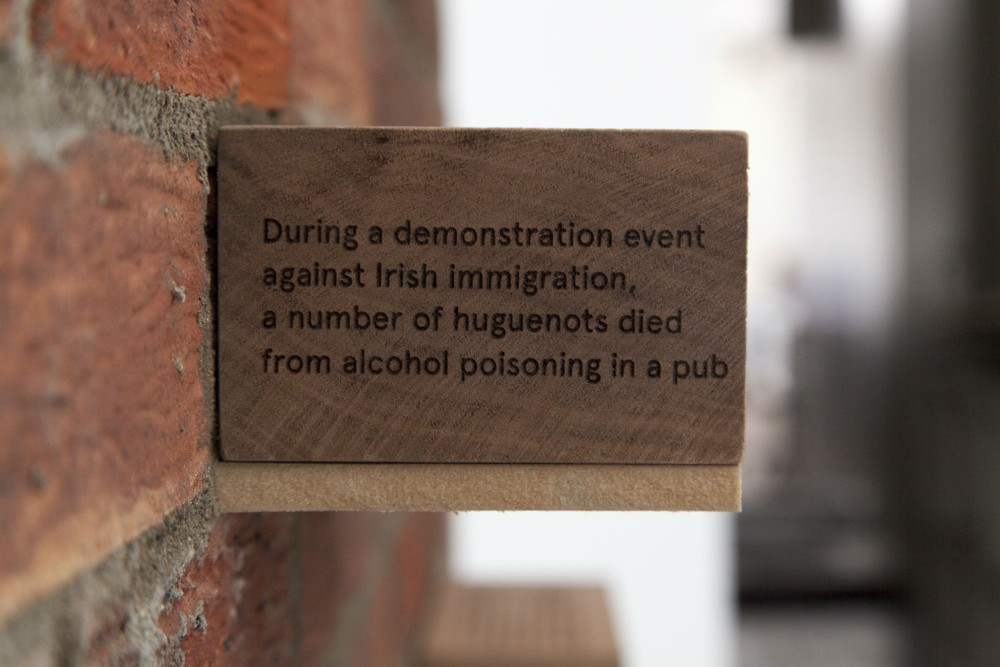 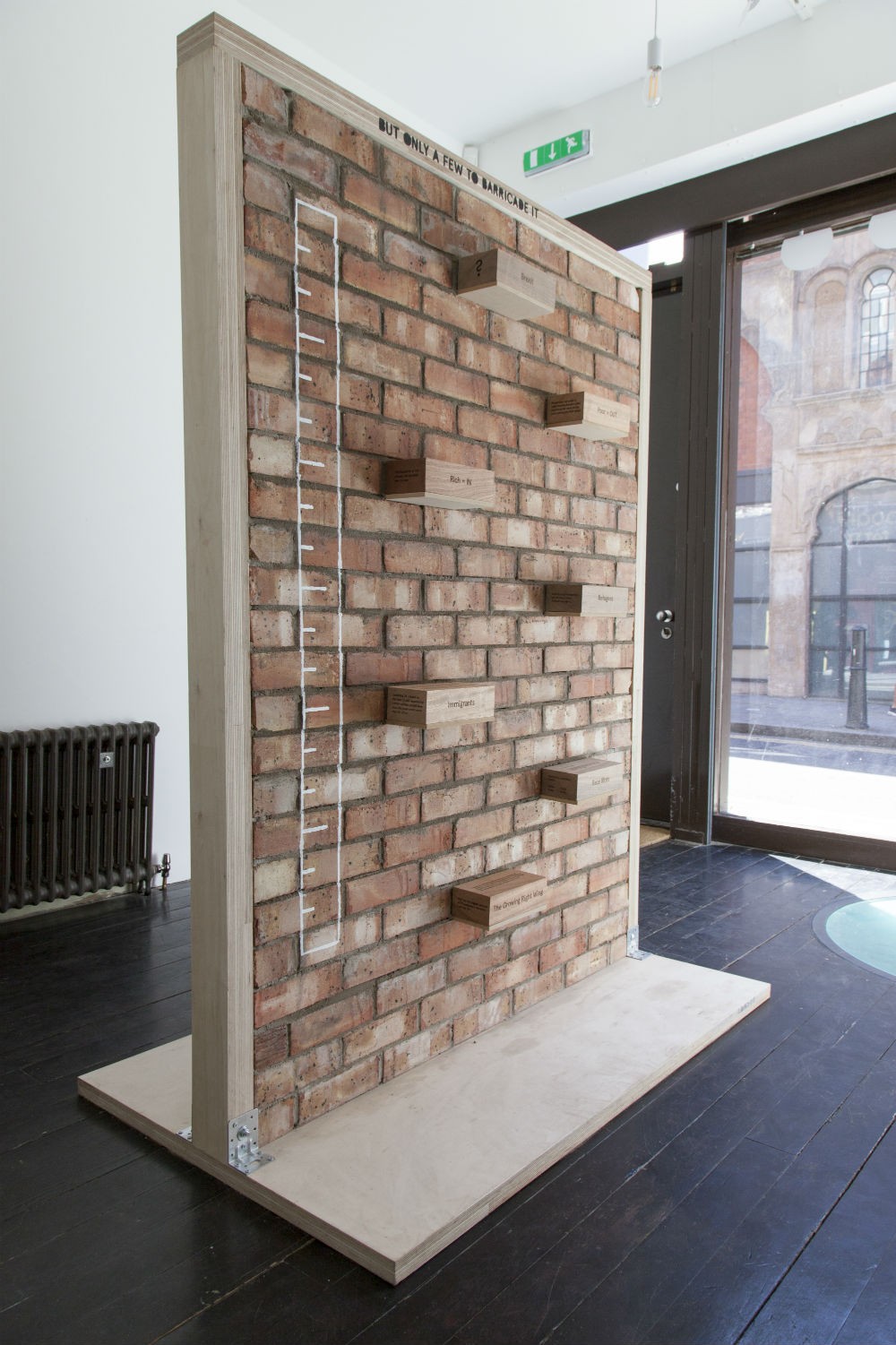 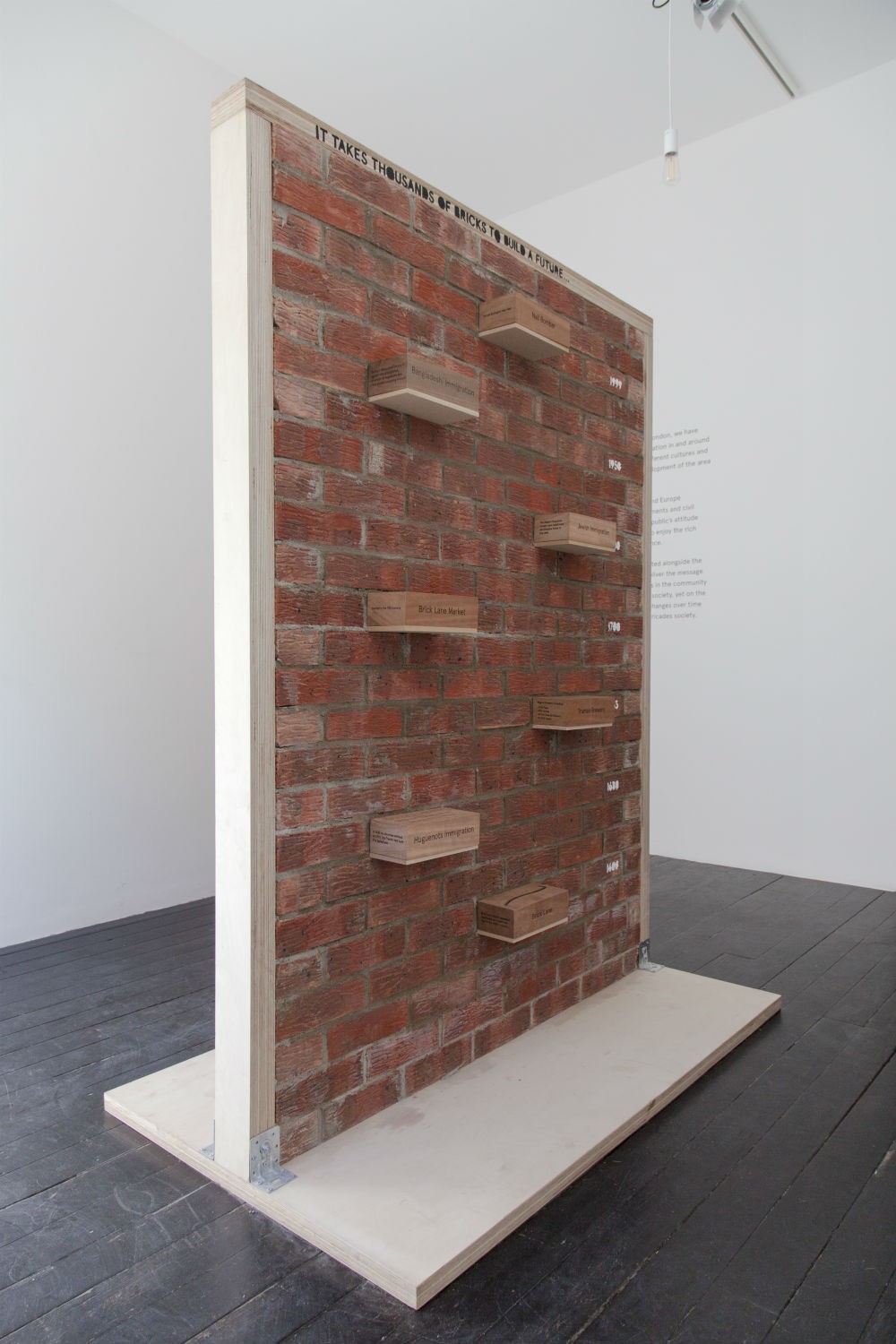 am[3]bit: It takes thousands of bricks to build a future, but only a few to barricade it_David Suter and Raphael Sdanewitsch

In a post-Brexit environment the two Swiss designers, based in East London, engaged with the history and current situation in and around Brick Lane, an area that has seen different waves of immigration over the centuries and the epitome of London as a destination for people from around the globe. Through the symbolic use of bricks, a wall was erected in the gallery space and significant milestones throughout Brick Lane’s history were visualised and explained, touching on many questions concerning immigration and multiculturalism in the current socio-political climate.