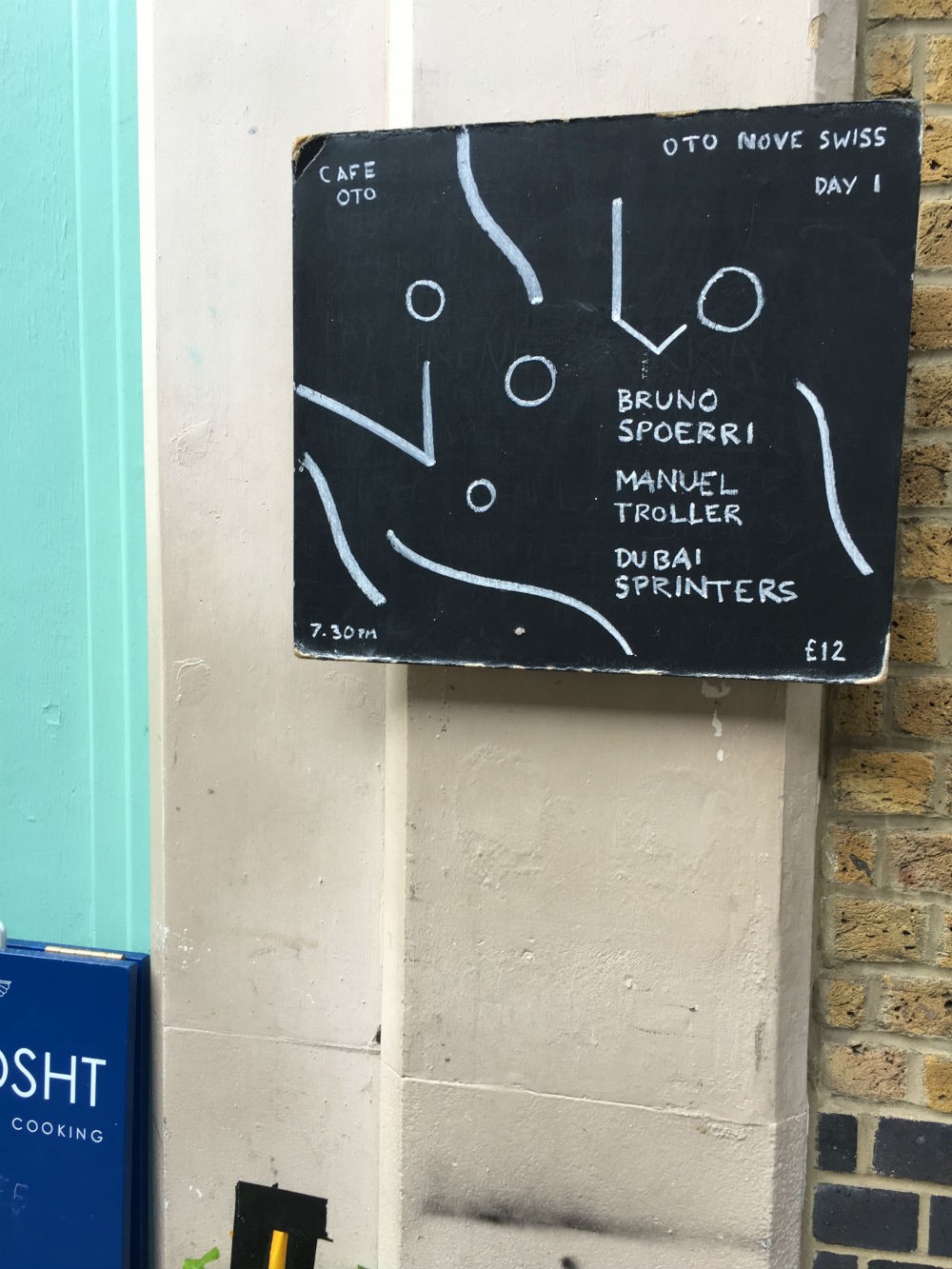 Oto Nové Swiss was a three-day festival at London’s Cafe Oto. Six Swiss institutions, all working on the promotion of experimental contemporary music in their own right, teamed up to invite different musicians and/or bands from Switzerland, the UK and beyond. The seemingly displaced Swiss festival in the British capital was promoted by Studio Feixen, who created playful, animated posters reaching out to a wide audience in both Switzerland and the UK. The artists involved were Bruno Spoerri, Dubai Sprinter, Manuel Troller, Gil, Fabian Peña, Martina Lussi, Russell Haswell and the DJ duo zweikommasieben.