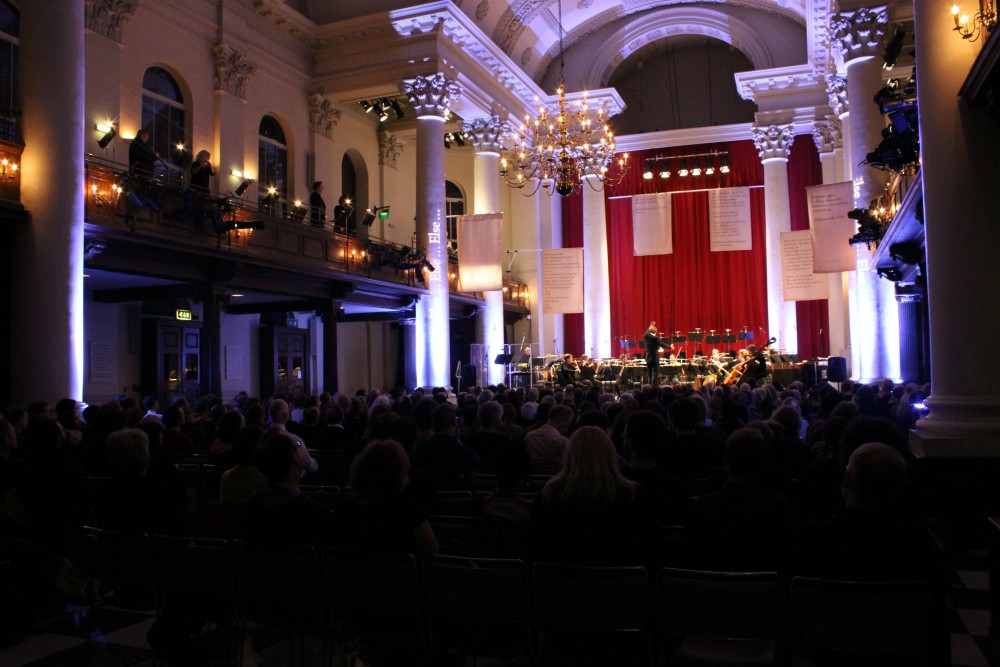 Beat Furrer’s FAMA was premiered in Germany in 2005 and hailed as ‘a miracle’ by Die Zeit. More than a decade later, after numerous performances across Europe, this masterpiece of sound theatre finally found its way to the United Kingdom and was staged at St John’s Smith Square in November. Based on the novella Fräulein Else by Arthur Schnitzler, FAMA follows the story of a distressed young woman forced into prostitution in order to pay her father’s debts. But in Furrer’s music, nothing is as it first appears: linear time seems to dissolve and a momentary snapshot becomes the subject of an intense narrative, as Furrer gives audible expression to a series of shocking events. Under the baton of the composer himself and interpreted by the renowned London Sinfonietta and the Exaudi choir, the sound piece, with theatrical elements of Fräulein Else’s demise, captivated the audience through its uncanny sound tableau.