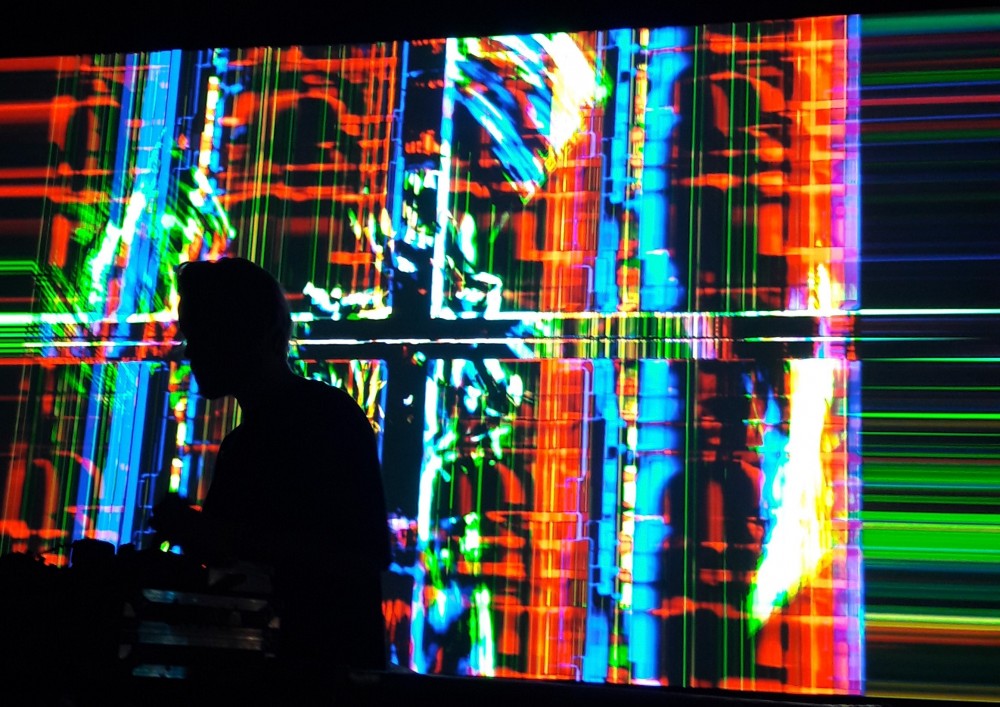 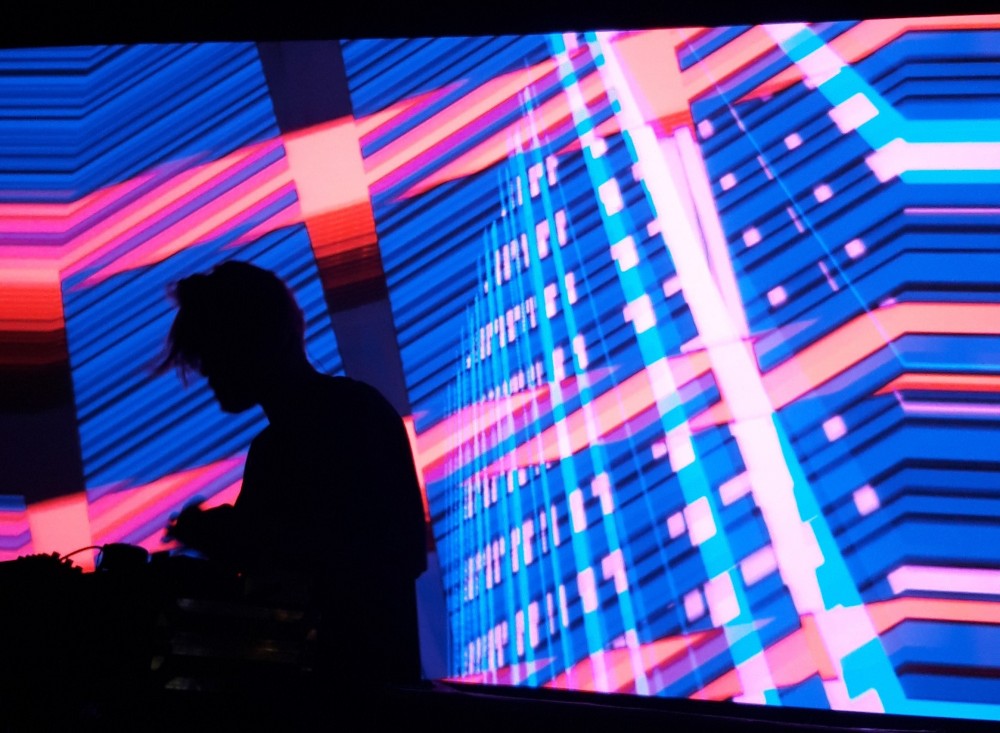 L’Aubaine visuals was founded by visual artist Laurie Bender. While studying digital arts in Barcelona, Bender started performing live visuals and slowly developed a unique style by mixing analogue with digital techniques. In her compositions she layers abstract, organic, bold and colourful graphics, creating constantly evolving works that are always performed live. What the spectator saw was audio-reactive and responded to the flow of the musical accompaniment as well as to the audience. Laurie Bender became part of VJ London in 2015. Besides performing at the Splice Audio Visual Performing Arts Festival 2018, Bender also collaborated with American electronica producer Kate Simko and the London Electronic Orchestra for their Royal Albert Hall performance.

Photo © Glasshopper.net and Embassy of Switzerland