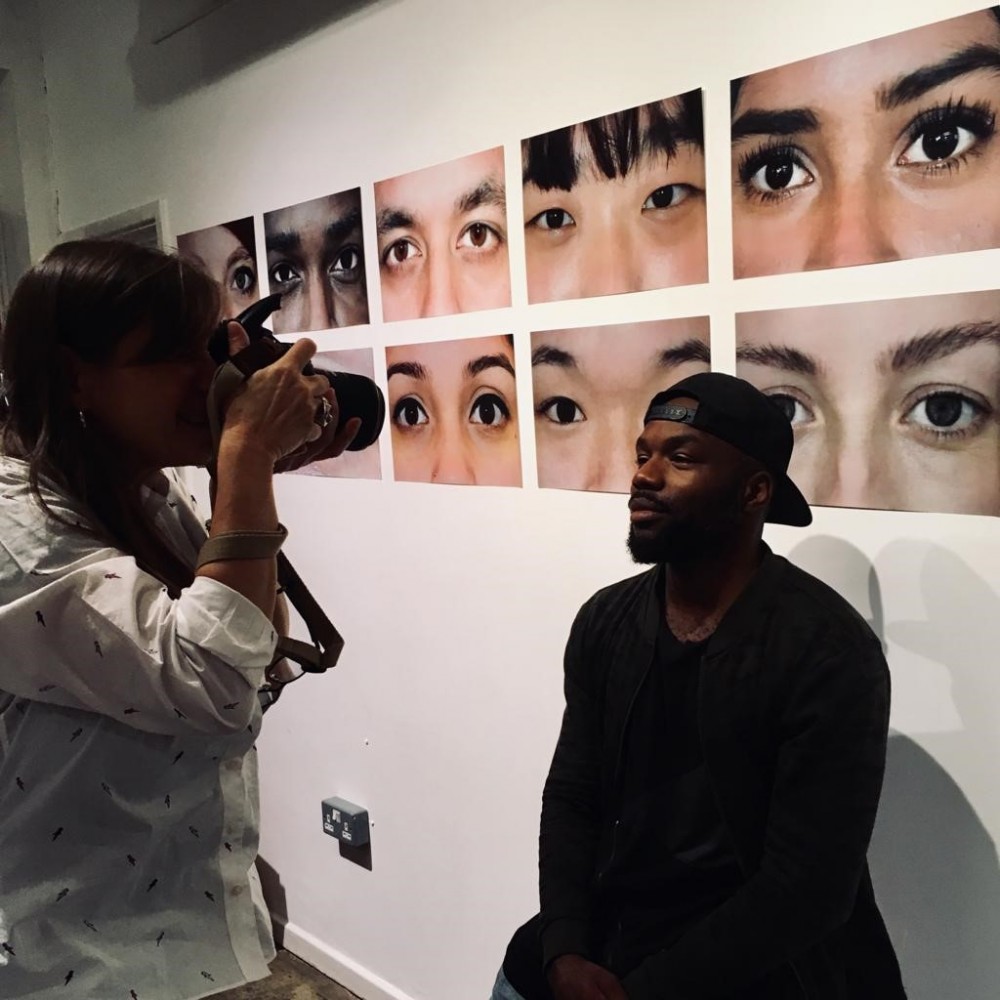 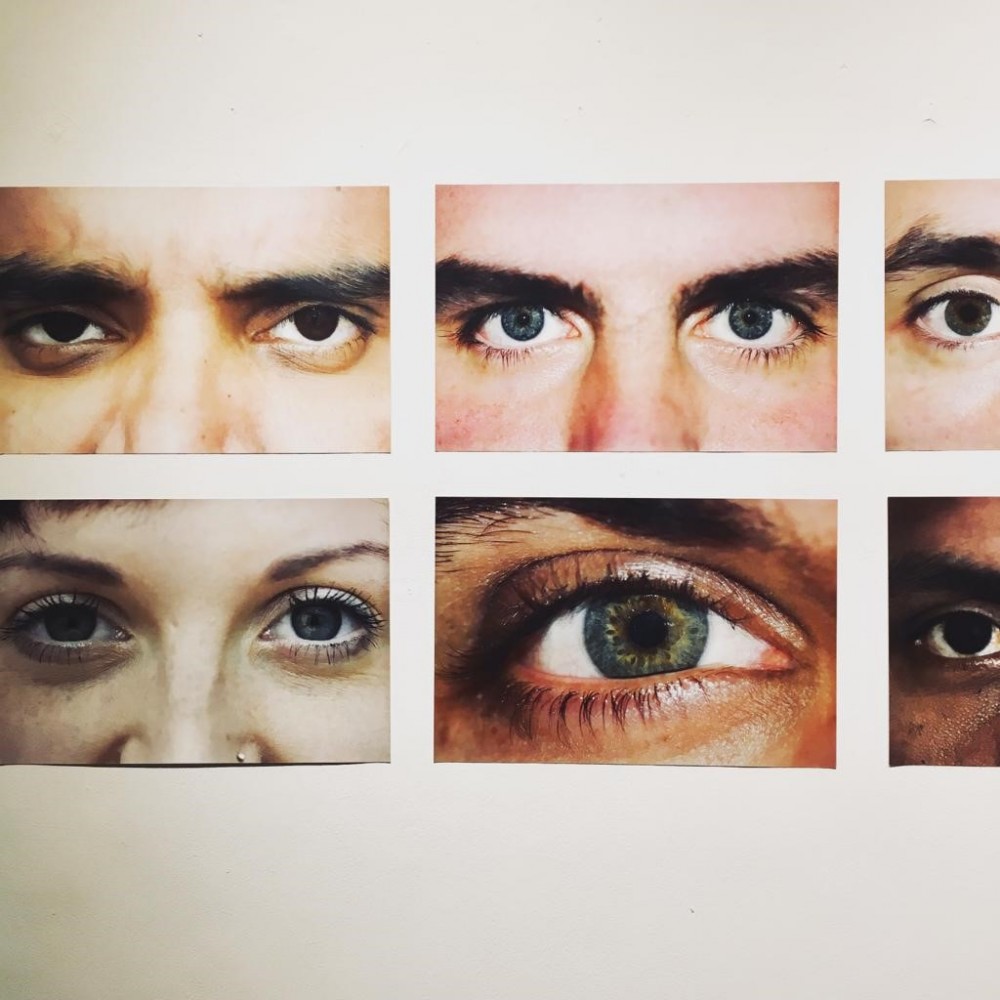 Photographer and visual artist Marieke Palocsay occupied the Husk Coffee & Creative Space in Limehouse with her in-situ installation Eyes, designed specifically for the space. The exhibition consisted of sixty photos showing close-ups of eyes of various people, such as customers and collaborators of Husk Coffee, creating a situation in which the multicultural community frequenting the coffee shop found themselves observed by their own eyes. The exhibition posed the questions of how we look at the world that surrounds us. Palocsay generated these photos during a free workshop titled ‘chair photo studio’ in November during which the pictures of the eyes on view at the Husk Coffee & Creative Space were initially taken.