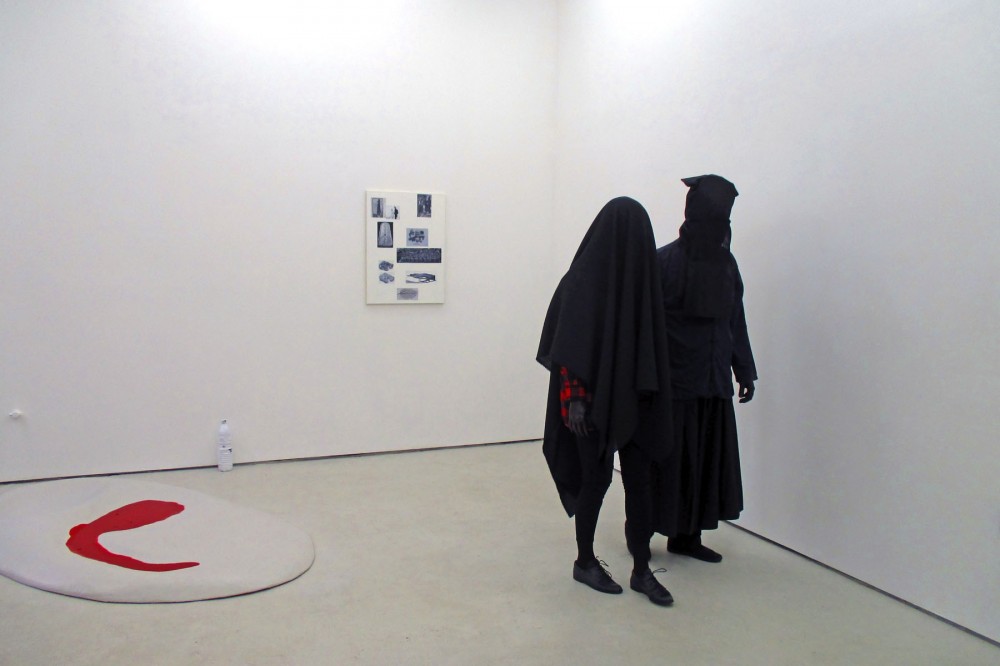 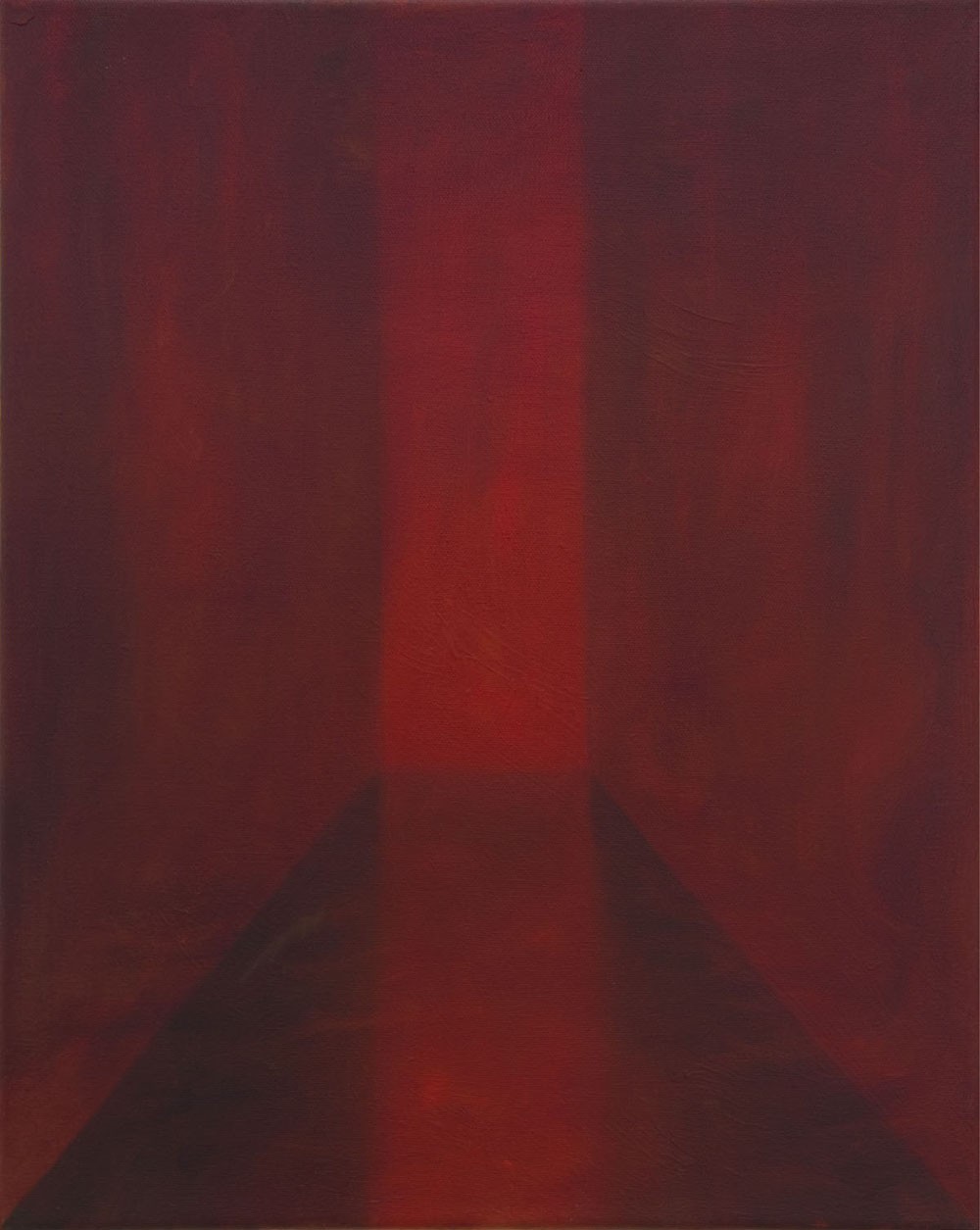 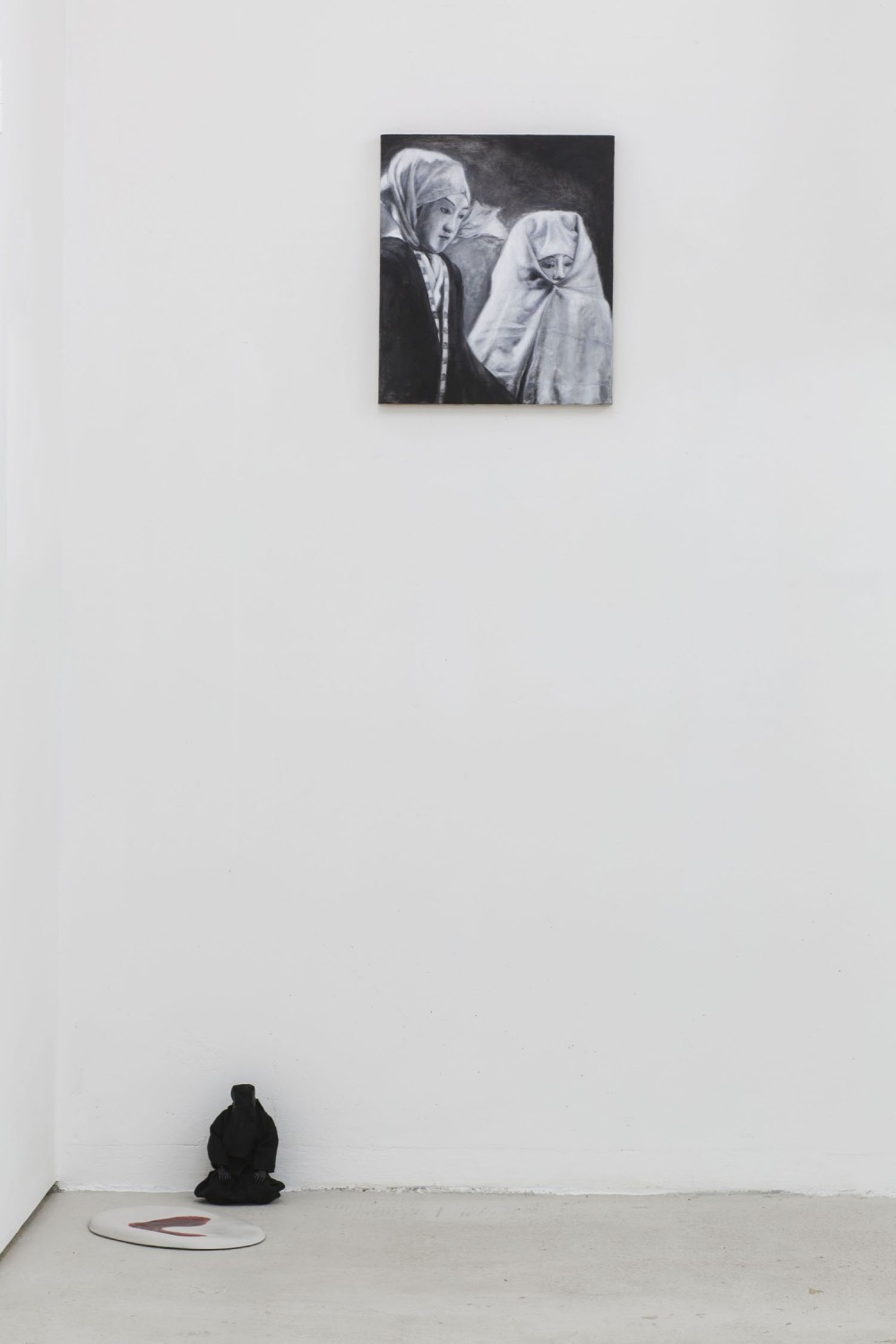 Mathis Gasser presented his most recent body of work, Regulators 1, at the Union Pacific, a project space in the heart of Whitechapel which is a recent addition to London’s gallery landscape. The exhibition also included a performance consisting of two performers, one in black and the other in mythological attire. The two figures’ presence complemented Gasser’s dystopian collage-like paintings, echoing the uncanny scenario of Bosch’s tableaux. The performance concluded with altering a sculpture of the display permanently by pouring red paint onto it. The performance was an integral part of the exhibition. A small-scale sculpture in the basement showed a tiny black figure, a miniature version of the living sculpture upstairs.