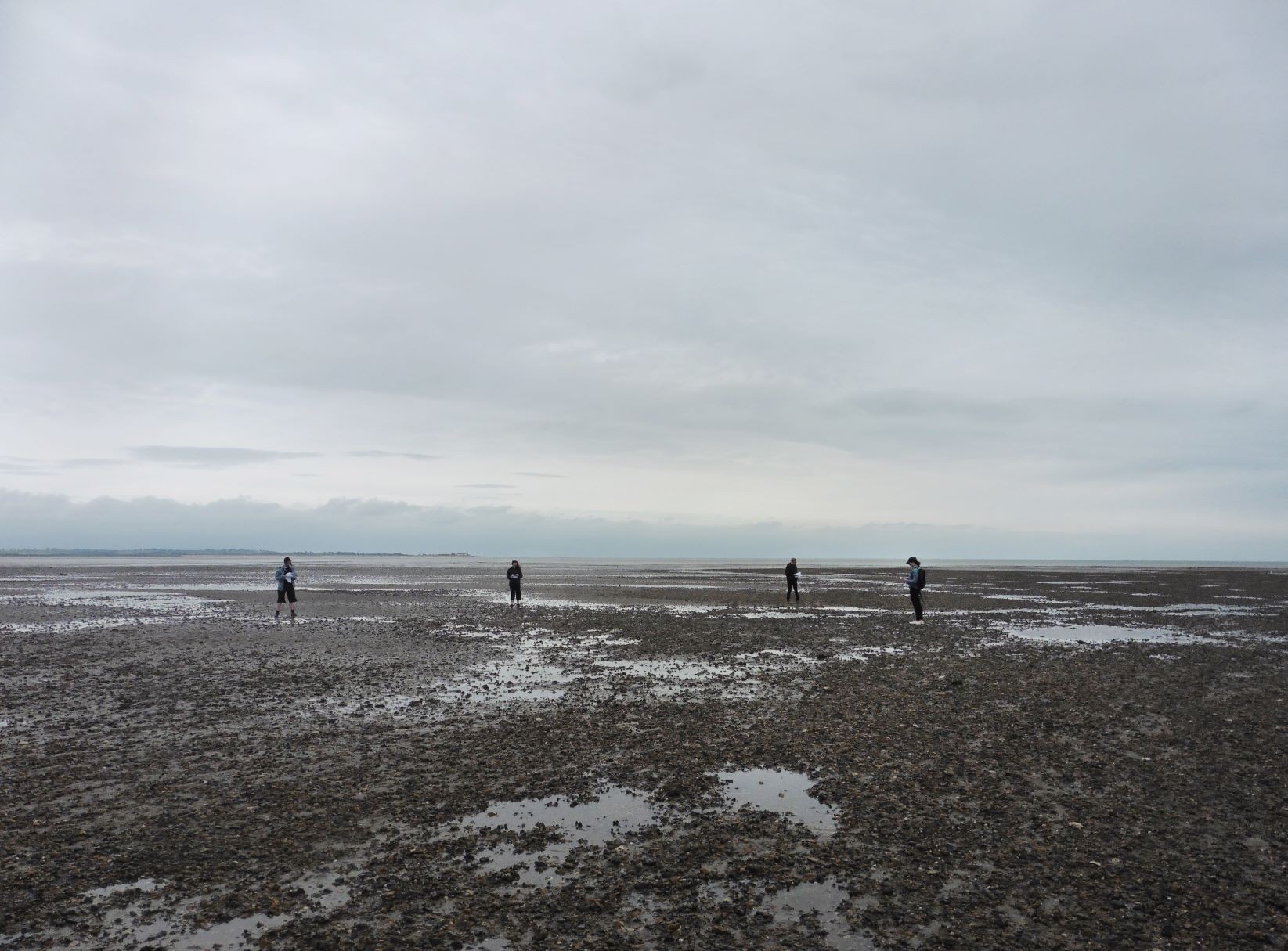 Nicole Bachmann’s performance ‘shell of hope, in cycles’ engages with questions of fragmentation as political, social and structural, in response to the socio-political climate of Whitstable. The performance is set on the beach with a backdrop of the incoming tide. The sea acts as a real and metaphorical border; it is symbolic of separation, and inherent power structures. The work has a strong focus on the voice, forming a chorus, concordant and dissonant at various times. This amalgam of voices adds to the intensity of the piece, whereby the physical position of the audience members adds to the voices ‘being taken into account', or otherwise not being heard.