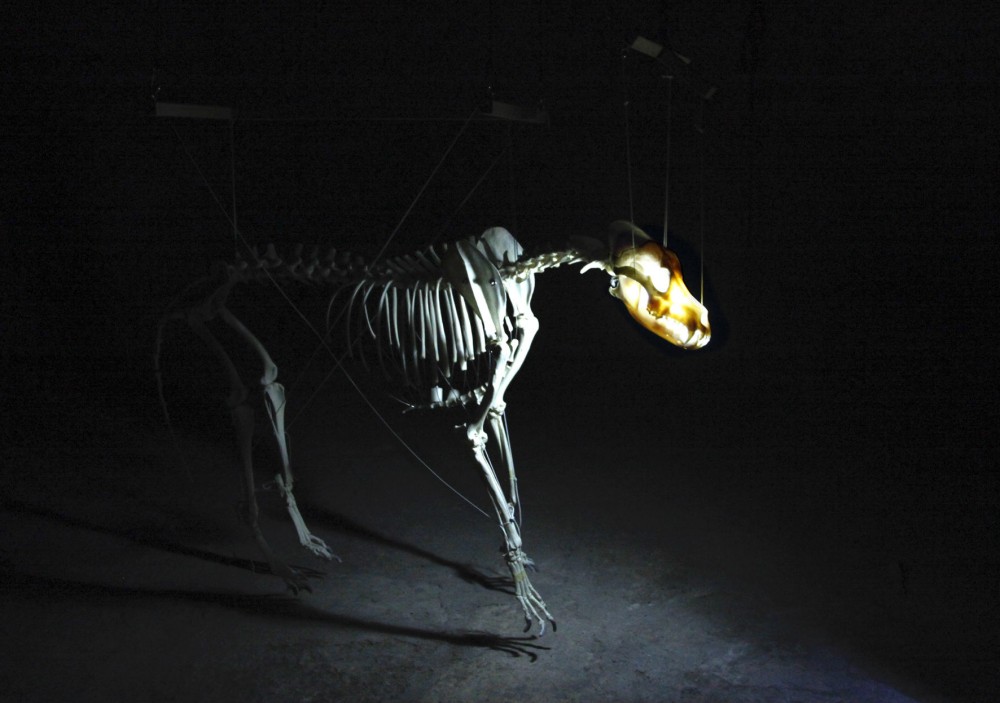 The beginning of our civilization is frequently referenced in Edens’ work, tracing and piecing together the fragments of what is known to us today and questioning humanity’s cultural being in the context of time. Her performance piece Canis Lupus, in which the artist interacts with the skeleton of a dog, was first presented in 2010 at the Festival “Le printemps de septembre” in front of the Caves of Niaux. This mystical location, signifying the dawn of mankind, seemed to have had an impact on the artist’s performance and in her interaction with the remains of another being, she distilled the passing of time and perishability and vulnerability of all living creatures.