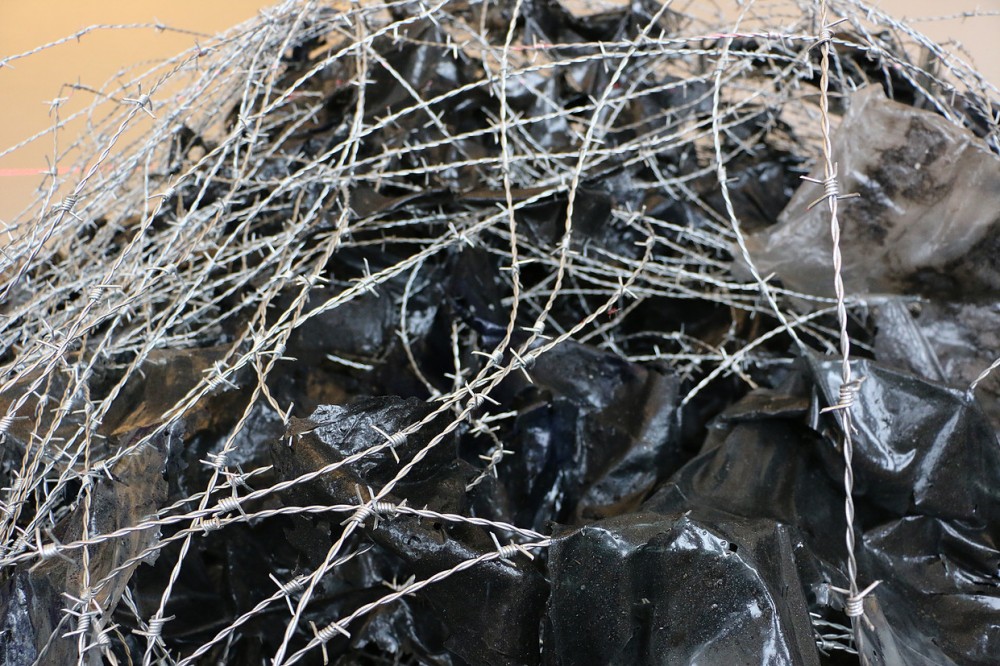 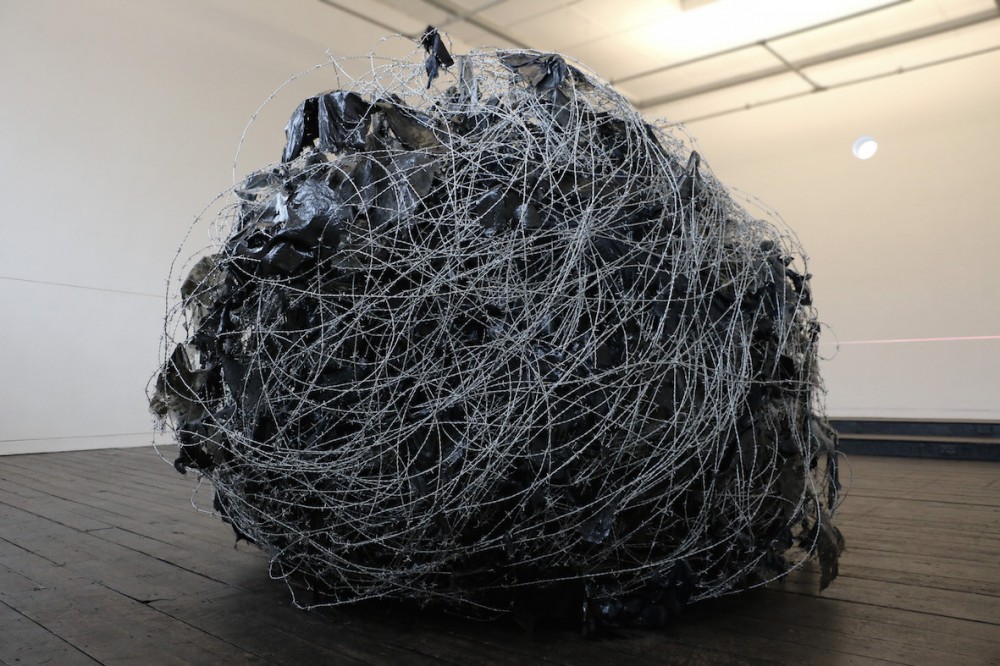 Sophie Bouvier Auslaender contemplates the destructive force of wind, thinking of societies being swept away in a wind of change which becomes an untameable storm. An enormous ball of barbed wire forms the structural base for Bouvier Auslaender’s new sculptural work for Beaconsfield’s Upper Gallery. Although Bouvier Auslaender’s piece is inspired by past events resulting in drastic political changes, the sculpture’s presence had an uncanny relevance in light of recent events. The group show "Harnessing the Wind" was a metaphor for the difficulties of capturing process. Creative and political processes were explored and interpreted in the languages of contemporary visual artists, drawing a critical analysis of lessons not learned from the past, but also signified by the symbol of the wind turbine, inferring that the wind of change can be transformed into a constructive force.