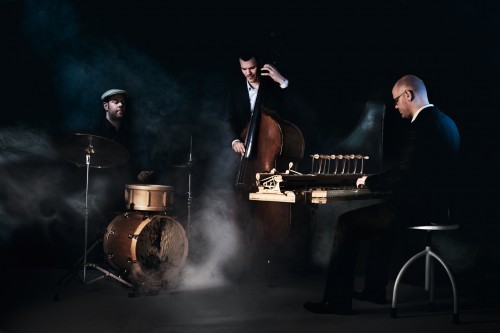 Over the past decade, the Basel-based VEIN Trio has established a brilliant reputation amongst jazz audiences for both stylistic diversity and technical accomplishment. The Trio’s work blends the complexity of European classical chamber music with the energy of jazz improvisation at its most sophisticated. VEIN consists of Michael Arbenz on piano, Thomas Lähns on double bass and Florian Arbenz on drums. The Trio was formed around a decade ago and has released an album nearly every year since then. The 2018 UK tour included a concert at the Cheltenham Jazz Festival alongside performances in Cambridge, Leeds, Sheffield and York.

Their 2018 UK tour started in April and included a concert at the Cheltenham Jazz Festival and performances in Cambridge, Leeds, Sheffield and York on 4 December.