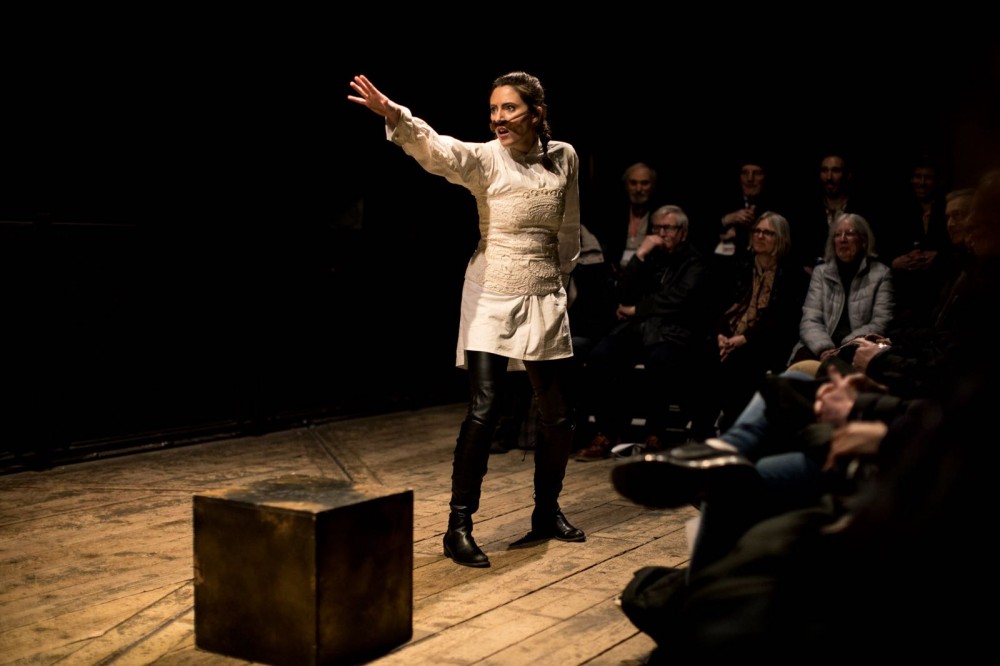 Victoria Baumgartner’s play Will or Eight Lost Years of Young William Shakespeare’s Life retraces the story of how Will became William Shakespeare. Baumgartner’s piece explores events in the life of young Will, living with his new wife Anne in the peaceful town of Stratford-upon-Avon. Dreams of prophecies and rough magic continue to appear in his sleep and as he starts following these dreams, life takes him on an adventurous journey. Victoria Baumgartner is the founder of the Will & Co. theatre company whose plays revolve around the life and work of William Shakespeare. Will or Eight Lost Years of Young William Shakespeare’s Life was performed for the first time in the UK at the Rose Playhouse theatre, which stands on the archaeological excavation of the original 16th century playhouse of the same name. Alongside the English version of the play, the original French version starring Arnaud Huguenin, David Salazar, Léa Fanchon and Victoria Baumgartner was also performed during the three-week run at the Rose Playhouse.