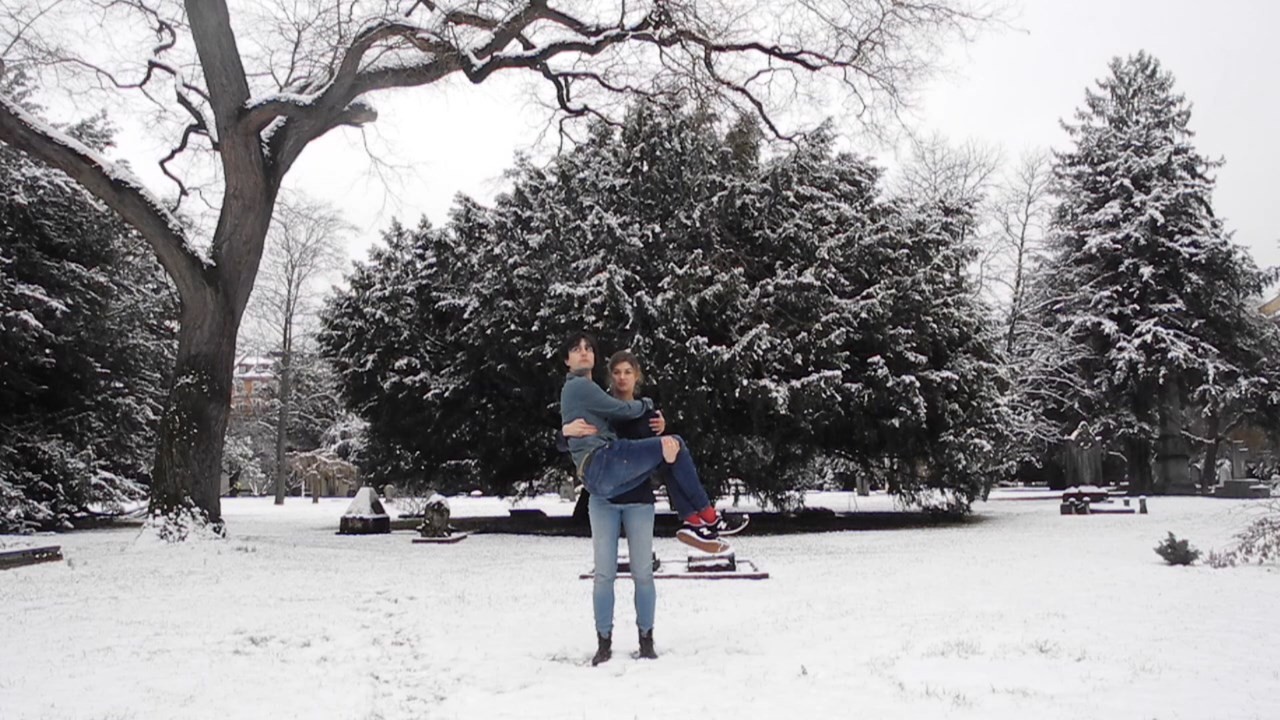 Woman’s Move is a contemporary dance company founded in 2012 in Geneva by Elsa Courvreur, Iona D’Annunzio and Margaux Monetti. It was created with the intention of allowing different artists to share their skills. They performed two pieces at the Fringe Festival in Edinburgh. In The Sensemaker the audience encountered a young woman in formal clothes confronted with an unnerving synthetic voice. The one-woman show explored the overwhelming effects technology and bureaucracy can have on our lives. Drop the Gogo was a colourful contemplation on nightlife, consumer culture and narcissism. Alongside The Sensemaker and Drop the Gogo, Woman’s Move co-founder Elsa Couvreur collaborated with Mehdi Duman of Geneva-based dance company Divisar for a one-off performance of the duet Anchor.